(The resolution settings won't work in the web version, only if you download the standalone version of the game)

The music is dope af

Thanks for the feedback :)

I've never thought about that before, but that's a really good point and something I definitely should have thought about when making the game. I'll make sure to implement it in my next one!

Being chased by the dude the whole time is pretty scary. This is actually a horror game. I think it would be a lot better if the collision box for the dude didn't clip through the platforms--led to some cheap moments.

Lol yeah when I played it after it was done it was a lot more stressful than I anticipated 😅. For the AI, I used Unity's navigation system (with a few tweaks such as giving the AI a parabolic path when jumping). The navigation system doesn't actually take into account the AI's collision box, so I would've had to go in and make my own pathfinding algorithm, or get to know the AI system better (I haven't messed around with it that much before) - both of which would have taken too long for me during the jam.

Definitely something I'll keep in mind if I continue working on it though!

Thanks for the feedback, and I hope you enjoyed playing :)

Nice game, got a few suggestions though:

For 10 hours though, this is pretty good!

(extra points for making the Boss give the player the L)

Thanks for the feedback!

With the first one, I was going to make it 2D originally, but then I realised 2D path-finding (for the AI) is way harder than 3D as I'd need to create my own custom path-finding algorithm. I did consider using an orthographic camera but then with the 3D models it would've looked kinda funky, but it's definitely something I'd consider if I had more time.

I wasn't very good with my timing (wasted like 20 mins getting the Boss give the player the L and the other way too oops-), so I ended up running out of time to make more levels, but yeah if I keep working on this that'll be one of the first things I do.

In terms of jumping, I also wasn't very satisfied with it, but I had to move on from the player movement or I wouldn't have enough time for the other stuff - I spent ages trying to make the camera follow the player smoothly but not too slowly which made me run out of time for polishing the movement :/

Skipping the intro and also restarting at any point are really good suggestions thanks :) I have no excuses for not doing them :P

If you have feedback, questions or anything else to say please leave a comment! 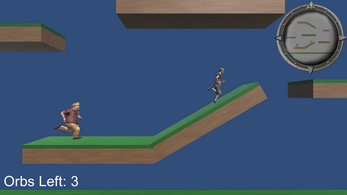 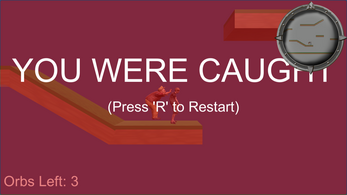 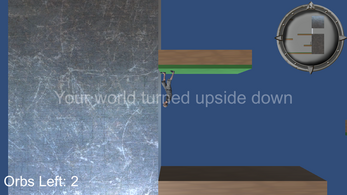 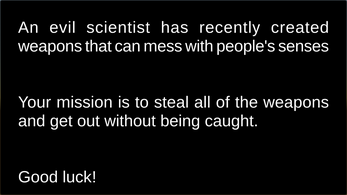