Quick note: When it asks you to enter an email in the speedrun mode the email is only to ensure that each person only has one score, so don't worry about getting spam or anything like that.

Interesting game, the controls are good and the design is pretty cool as well.

However there's a few things I would change.

1.  The music is repetitive and can doesn't add much mood. try to change it up from when you were seen and when your are sneaking.

2. There are no models. Fine for an early access game, but if you want to make this a full release, you need some characters.

4. Throwing the object felt weird since I had a hard time figuring out where I'm going to throw it. Maybe use the mouse as the controller and throw and object where ever the mouse is.

In the end, its a very nice game with good potential. However, it needs some polishing.

(Warning: I'm a beginner developer too so you don't have to listen to all my advice.)

Thanks for the feedback!

The music and sound effects I will definitely change either in the next update or the one after that - I'm just trying to figure out either where to find appropriate music/sfx or how to make it. With models, I am going to replace them in the future, starting with the watch tower in the next one, and patrol robots and the player after. I'm no expert in rigging and animations though, so I'll have to work on that before I make the player model (the patrol robot might not need too much animation as it is a robot, so I could design it to not be humanoid).

Thanks especially for the feedback about throwing the projectile - When making the game, I wasn't sure how I wanted to throw the projectile as using the mouse was more intuitive, but meant that the game couldn't be played with the keyboard alone, but as you said using the current system can be difficult to know where it will go. I was considering was making it an option to use either space (current), IJKL or the mouse for throwing the projectile so that the player has more options and it can still be played with only the keyboard. If you have any opinions or suggestions on this idea they are very welcome :)

(I'm also a beginner developer so any advice is helpful :) )

If it helps, here's a list of some of the resources I used when making my games.

Soundcloud - great for music. just search the genre you want with the filter "to use commercially" and tons of great soundtrack appear. Often they want credit though so keep an eye on that.

Iconfinder - Not sure if you needed this, but if you needed some UI elements, this is the place to go. It has tons of images for you games, and if you don't want to link them back, there's a search parameter for that.

For sound effects, its hard. In general if I need to find some, I just search the internet until I do. If you don't mind retro sound effects, use GMXR. Really easy creation with tons of prefabs to tweak.

For the modeling part, I'm not sure. I've never ventured into 3D rigging. Maybe you could change the story so that you don't have to rig a human? Like, perhaps your a pig trying to escape a lab doing experiments on you, but you have to collect all the food left around the building first. (since your a pig). Or maybe your a lonely robot that has escaped control of the master computer, and your mission is to save all the other robots by collecting pieces of a computer virus.

Sometimes the best way to make a good game but not take forever is to think outside the box.

P. S. I like the idea that you could change your controls for throwing rocks. Best of both worlds. (:

Just letting you know I've edited the background music, models, and throwing the rocks like you suggested. I'm working on the story and player model, as well as sound effects. They should be out in the next few updates. It definitely feels much better to play now, so thank you for the suggestions! :)

Wow, the game feels and plays SO much better. Awesome job! I'm definitely going to keep my eye on this games development. Man, people should listen to me more often. I'm a genius! (;

Yeah it does thanks!

Also just wondering do you have any advice on marketing? (My game hasn't gotten very many plays since I released it :( ) 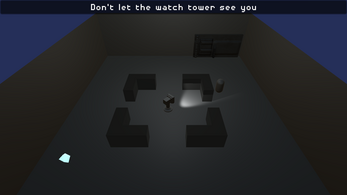 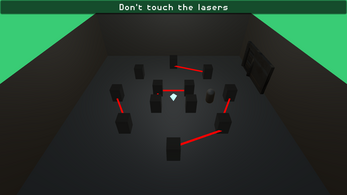 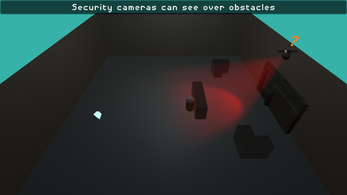 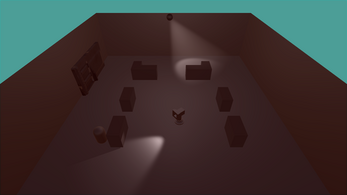 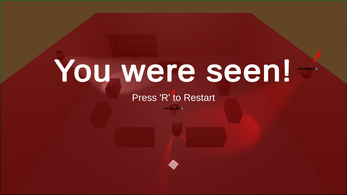